NA-IS1 inlet spacers can help to reduce undesired influx turbulences in suction type applications where the fan draws air through an obstacle such as a grill, perforated panel, mesh structure, filter or radiator. The reduction in turbulence can have a significant positive effect on both acoustics and performance.

While the results will vary between different fans models and applications depending on factors such as the exact shape and structure of the obstacle, fan speed and flow resistance, the improvements are significant in most cases. 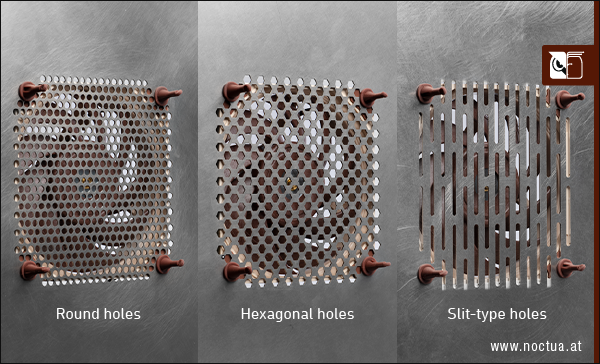 For example, all of the five 140 and 120mm fan models we’ve analysed showed strong improvements from the added spacers when tested on perforated sheets with typical round hole patterns. The reductions in sound pressure level (SPL) ranged from 1.2 all the way to 3.5dB(A) with an average reduction of around 2dB(A). At the same time, airflow increased by 1.6 to 8.3m³/h with an average increase of around 4.4m³/h: 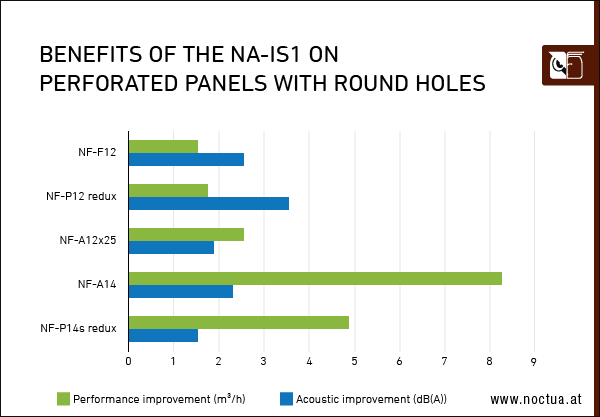 Taking the NF-A12x25 as an example, adding the NA-IS1 increased the fan’s flow rate by 2.5m³/h and the acoustic spectrum shows a significant reduction of tonal frequency spikes, which translates into 1.9dB(A) lower total noise emission and a much more pleasant sound signature: 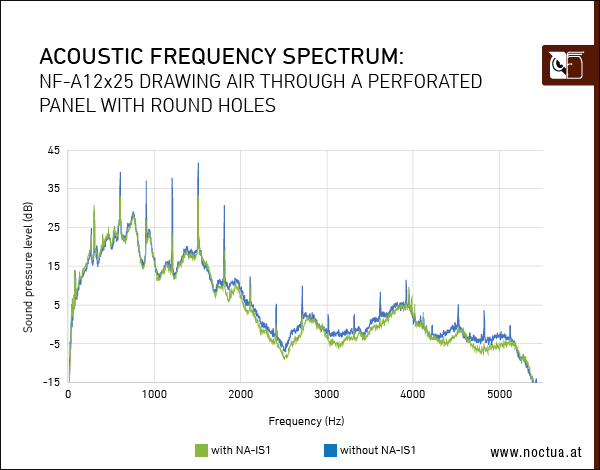 On perforated sheets with hexagonal hole patterns, the improvement is similarly big with an average reduction in SPL of 2.1dB(A) and 3.9m³/h more airflow on average. Again, all tested fans showed improvements both in SPL (0.3 to 6.2dB(A)) and flow rate (0.8 to 28.3m³/h). 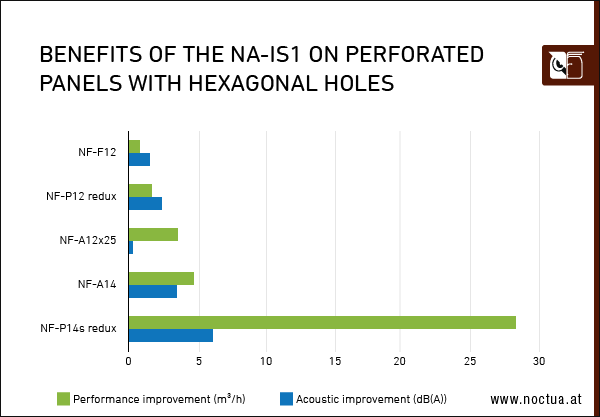 On perforated sheets with slit patterns, most fans showed improvements in overall efficiency using the NA-IS1, but the picture is a bit more complex. While fans like the NF-A12x25 or the NF-P14s showed improvements both in acoustics and performance, other models like the NF-A14, NF-P12 or NF-F12 became slightly louder. However, the slight increase in noise levels was usually more than made up to by the increase in flow rate, e.g. the NF-A14 became 1.5dB(A) louder but produced 38% more airflow: 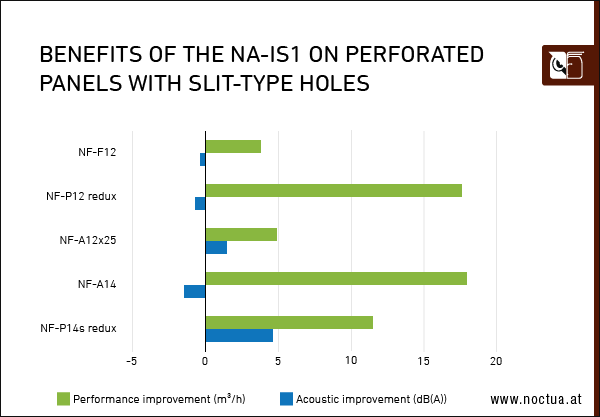 On water cooling radiators, the benefits tend to be smaller than with perforated sheets, but in many configurations and especially with 120mm fans, the improvements can still be worthwhile. Most tested 120mm fans showed clear improvements with an average noise reduction of around 1dB(A) and an average increase in flow rate of 8%. While the NF-P12 redux became slightly louder (0.6dB(A)), it also showed a massive increase in flow rate of 34%, thereby exhibiting a significant boost in overall efficiency. By contrast, the NF-F12 showed a slight reduction in airflow (1.9m³/h), but noise levels also dropped by a significant 1.5dB(A), so while the case isn’t as clear-cut and will depend on individual preferences, the acoustic improvement will outweigh the slight performance penalty for many customers. 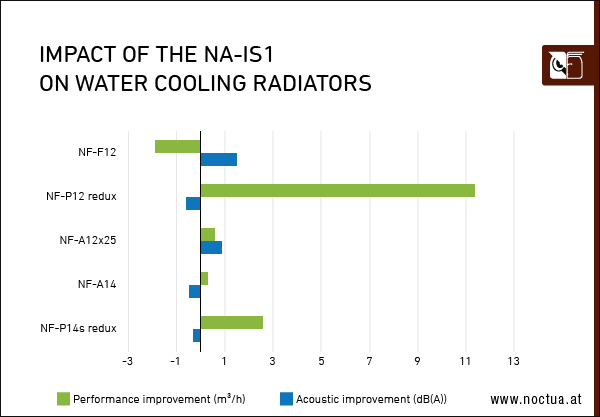 With 140mm fans on radiators, the picture a bit more mixed: All tested models produced slightly higher SPL (0.4dB(A) on average) and only the NF-P14s redux showed a worthwhile increase in flow rate (2.6m³/h). The flow rate of the NF-A14 only improved by 0.3m³/h, so its overall efficiency remained broadly unchanged. When looking at the frequency spectrum, it can be seen that the acoustic profile of the fan shifted slightly towards the lower end of the spectrum, so despite the minor increase in SPL, some customers may find the acoustic signature with NA-IS1 preferable: 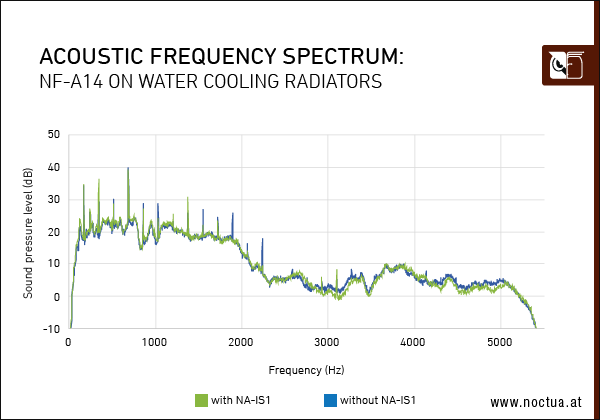 In summary, we generally recommend NA-IS1 for all suction type applications. For 140mm water cooling radiators, customers should see good results with NF-P14s redux but with NF-A14, the benefits may be limited to slightly improved tonal characteristics.