Many 140x140x25mm axial fans tend to suffer from low static pressure, making them less suitable for use on CPU coolers or watercooling radiators with tight fin spacing. The NF-P14 on the other hand features a highly optimised nine blade impeller design that’s following in the footsteps of Noctua’s successful NF-P12 and has been carefully fine-tuned for both airflow/noise efficiency and outstanding static pressure. As a result, the NF-P14 lends itself not only to use as a case fan but also to high-impedance applications like CPU cooling. 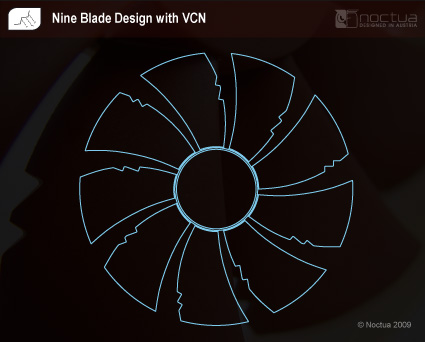 Thanks to the use of Vortex-Control Notches, an advanced design measure first introduced with the NF-P12 fan, the NF-P14 is surprisingly quiet despite of its impressive airflow and pressure performance. The two Vortex-Control Notches at the trailing edge of each blade make the flows along the suction and pressure side mix more smoothly, allowing for less turbulence and velocity loss, which leads to increased efficiency as well as a significant reduction in noise emission. 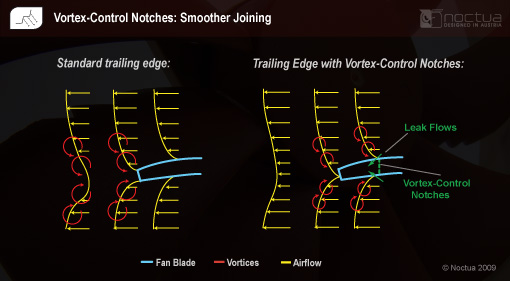 Vortex-Control Notches not only allow the flows to join less abruptly at the trailing edge, but also serve the purpose of psychoacoustic optimisation by making the fan’s acoustic profile more pleasant to the human ear: Due to the Vortex-Control Notches, trailing edge vortices are split up into several smaller vortices, each having slightly different tonal characteristics. The fan’s airflow noise is thereby spread over a wider range of frequencies and, as a result, perceived as much less annoying. 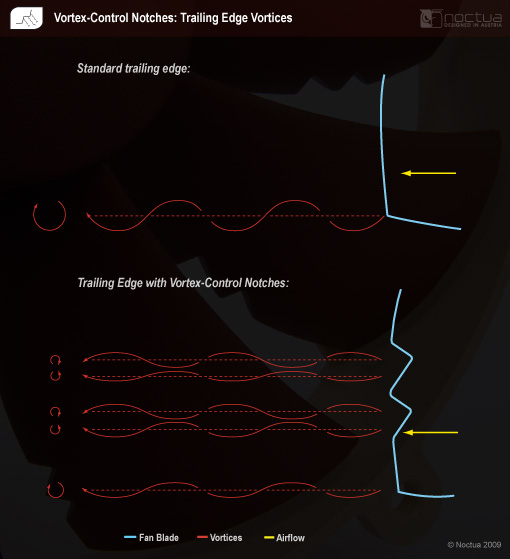 The Vortex-Control Notches' effect of psychoacoustic optimisation is further enhanced by the staggering of the notches. As the Vortex-Control Notches are staggered from blade to blade, each blade creates a different vortex pattern, which also helps to better spread the fan's noise emission over the frequency spectrum and thereby contributes to the fans unobtrusive acoustic profile that easily blends into the background noise. 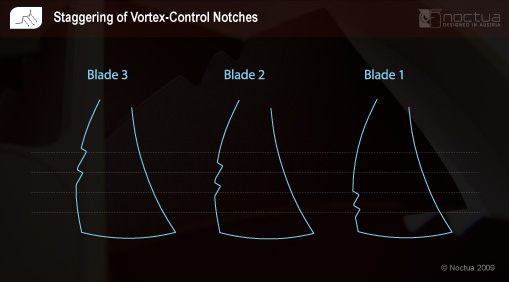